Home› For AAT student members› AQ 2016› Advanced Diploma in Accounting› Advanced Bookkeeping
Current updates regarding coronavirus (Covid-19) and the precautions AAT are taking will be continually updated on the below page. 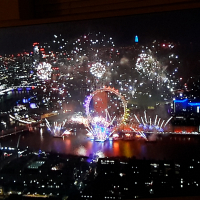 KimRs Registered Posts: 6
October 2019 in Advanced Bookkeeping
Q1. Is anyone able to explain or provide an example which would help clarify the difference between Cost of Completion / Cost of Conversion referred to under the IAS 2 Inventories?

I understand cost of conversation is for example to get a raw material into it's finished goods state for resale, however I am struggling to understand what is then meant by cost of completion under the NRV calculation ?

Q2. Is anyone able to explain in a little more detail why LIFO is not permitted by IAS2, I assume this is due to the impact on profit.

Thanks in advance.
Kim