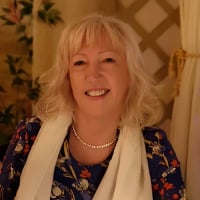 frevelo MAAT, AAT Licensed Accountant Posts: 1
September 2020 in Tax
I have a potential client whose small Ltd business has been filed as dormant each year since 2012. However now they want to start trading and informed their current accountant, who has now made the company active. However it seems that the client has been using the company bank account to make the odd supplier purchases over the last 8 years and have put in their own money and paid the bank charges. The client believes the company wasn't trading as they received no income but didn't realise that supplier payments would class as trading.
The client has stated that their current accountants do not have the time or the resources to sort this out.

Does anyone know the rules regarding this? Will the client get fined and how can this be rectified? I would assume that the company would need the last 8 years marked as active on CH and 8 years of micro accounts filed?
Does anyone have any idea on this, or where I can get some advice?
0
Sign In or Register to comment.