Home› For AAT student members› AQ 2016› Professional Diploma in Accounting› Synoptic assessment - Professional
Current updates regarding coronavirus (Covid-19) and the precautions AAT are taking will be continually updated on the below page. 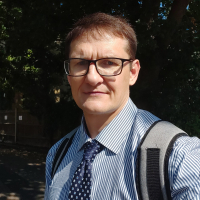 I hope you are well. Please can you help with some tips or provide some answers to my questions to succeed the professional synoptic exam in October, 2020?

Question 1 - is Ruby Dale Ltd correct company to be assessed in October, 2020 exam sitting?
Question 2 - Budgeting task 2 - how difficult it is? what calculations or written study text are covered to provide fulfilled answers to evaluate the budget regarding to live assessment file? How much is connection between budget and the company background.( what are main tips and tricks there)
Question 3 - Decision making tasks, which is the the hardest one and what to review that to fulfill the answer and gain full marks? Also how is ratio analysis assessed there and what to review?
Question 4 - is there a task to complete due to Information system controls & risks to information systems, as to assess all weaknesses and sugest improvements?
Question 5 - can you provide a short guide, tips and notes about the assessment to ensure that I will pass the exam?
Question 6 - what are all topics from internal control to assess all weaknesses in the assessment: payroll, purchase orders, payments, sales, or cash/cheques payments?

Just anything you had essential to know that to pass the exam will be very helpful. Thank you in advance.