CIS Tax - Here's an interesting one for you.. 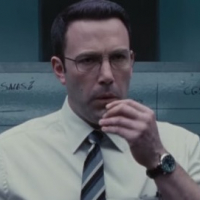 TheAccountant NorfolkRegistered Posts: 2
February 2017 in General accounting discussion
tl;dr Paid Gross instead of Net, is my client obligated to pay back the tax to contractor?
---
Anyone have much experience with this scenario?
So my client is CIS registered, net status.
He sent out a bill to a contractor, they asked for his UTR & CRN, which he diligently gave.
After a month my client is impatient with not being paid (typical big boys don't pay the little guy) and spends a week phoning the office.
Eventually the money is paid, but GROSS.
This was on 03/02/17. Today (21/02/17) the contractor has phoned and asked for a refund of the tax, and will then provide a CIS certificate.
I pointed out to my client that a CIS certificate should have been sent a maximum of 14 days after the end of the tax month, which would have been either Sunday or Monday (19th & 20th respectively).
My client had such a bother getting the money from the contractor, if he can avoid paying them back the tax he will.
Is he legally obligated to pay back the tax amount (£1028.80) as it's the contractor's cock up?
The client will simply treat the invoice as gross and move on with life, as we all need to!
0