Home› For everyone› AAT news and announcements
Please familiarise yourself with AAT's Online Community rules. 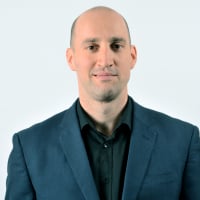 PhilHallAAT Registered, Moderator, Staff Posts: 55
September 2019 edited September 2019 in AAT news and announcements
AAT this week recommended that the Scottish Government ignore calls for a flat rate Scottish Tourism Tax and instead introduce a tax of 2.5% on the overall accommodation cost.

A 2.5% charge would be much fairer than a flat rate fee. This would amount to a £2.60 a night charge on average in Edinburgh or £1.35 on average in Aberdeen. It’s not just fairer by region, it’s fairer for everyone when you consider the flat rate proposed by others would see those staying in a five-star hotel charged the same as those staying in a youth hostel – that simply isn’t fair or reasonable.

The AAT consultation response, informed by a survey of our licensed members in Scotland, also states that it opposes any plans to impose a tourism tax on day visitors because of the negative impact this has had on the tourism industry in several other countries and because of the complexity and administrative burden that this would create.

AAT stressed the need to set the tax at an appropriate rate to ensure it raises funds for sustainable tourism whilst not discouraging tourism as it has been done in some other places such as the Balearics where their tourism tax was doubled after only two years of operation or in relation to day visitors in Amsterdam where the flat rate €8 per person charge introduced this year has led to a steep fall in visitor numbers.

Most AAT licensed members in Scotland favoured third party platforms such as Airbnb being responsible for collecting and paying the tax, not just accommodation owners, to reduce bureaucracy.

AAT licensed members in Scotland also universally indicated that these tax payments should be remitted quarterly to coincide with existing VAT payment requirements - rather than monthly or yearly which were options in the consultation document.

AAT also suggested that the name ‘transient visitor levy’ be changed to reflect what it actually is, a “Scottish Tourism Tax” because this helps aid transparency and understanding. Using the word “Tourism” also makes a clear link between the tax and its purpose, improving consumer acceptability - and given the debate about how these funds should be allocated, using the name “Tourism” in the title may also make it more difficult for politicians to use these tax receipts for any non-tourism related activities.

I was pleased to be able to explain our response further during a BBC Radio Scotland interview yesterday. AAT's response has attracted some media coverage in a diverse range of publications too:

The Scottish Government consultation closes on 2 December 2019. Full details, including how to respond to the consultation, are available here.